So for the first time in the last few years, we don’t have Super Bowl party plans. My husband’s previous coworker used to host an annual bash, but now it’s starting to look like we may host something with our fellow new parent friends! No matter if we’re at home or we decide to go somewhere, this veggie-filled vegan appetizer will likely be on the table! 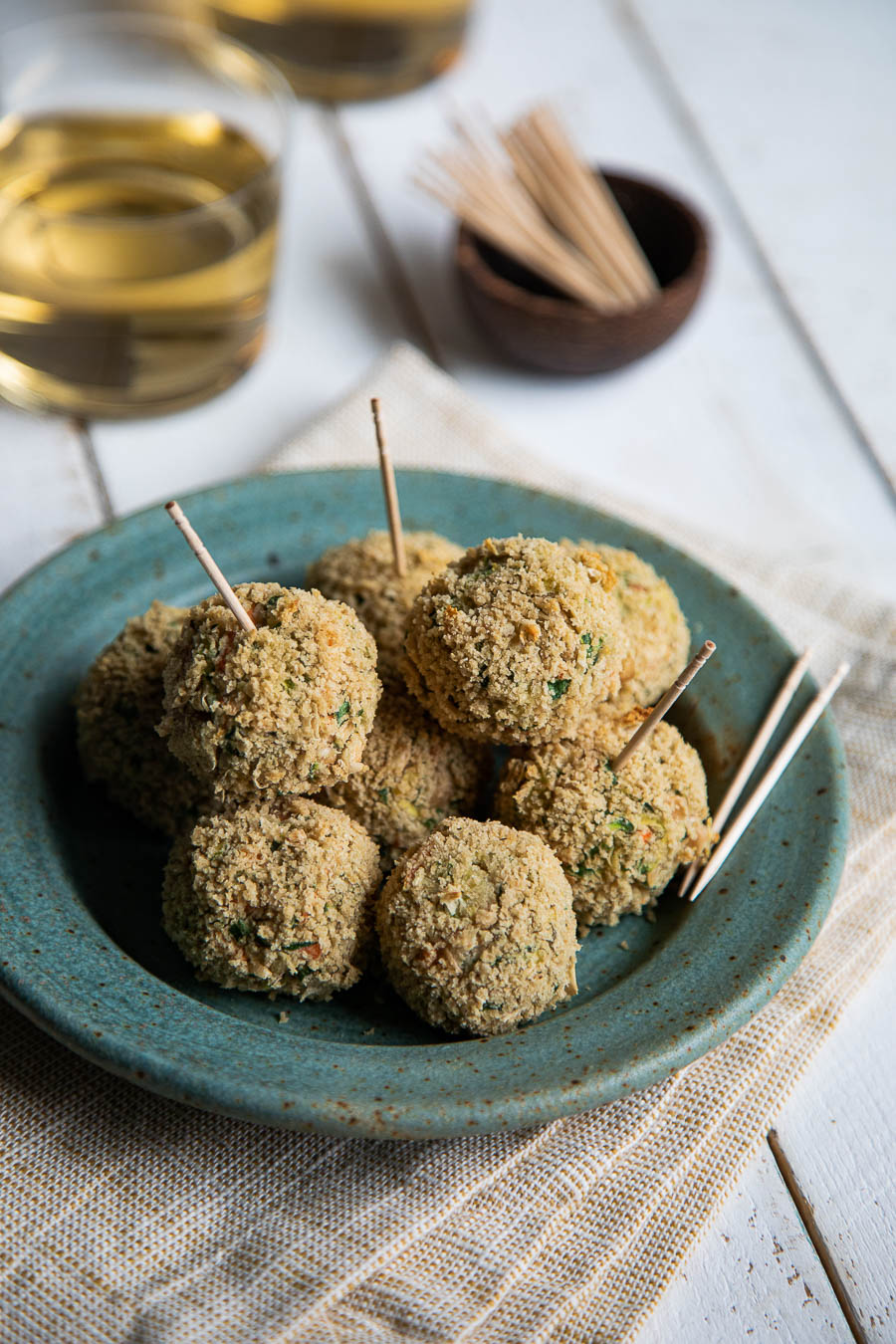 When you think of game day spreads, what’s the first thing to come to mind? Is it cheesy by any chance? I always think of these homemade soft pretzels with IPA beer cheese dip!

As much as I love all these dishes (look out world if there’s spinach dip!!), I do always like having something with veggies and that’s a bit lighter.

I’ve found that I’m not alone with this either. Without fail whatever dish I bring (even if it’s carrot sticks and hummus), everybody gobbles it up! 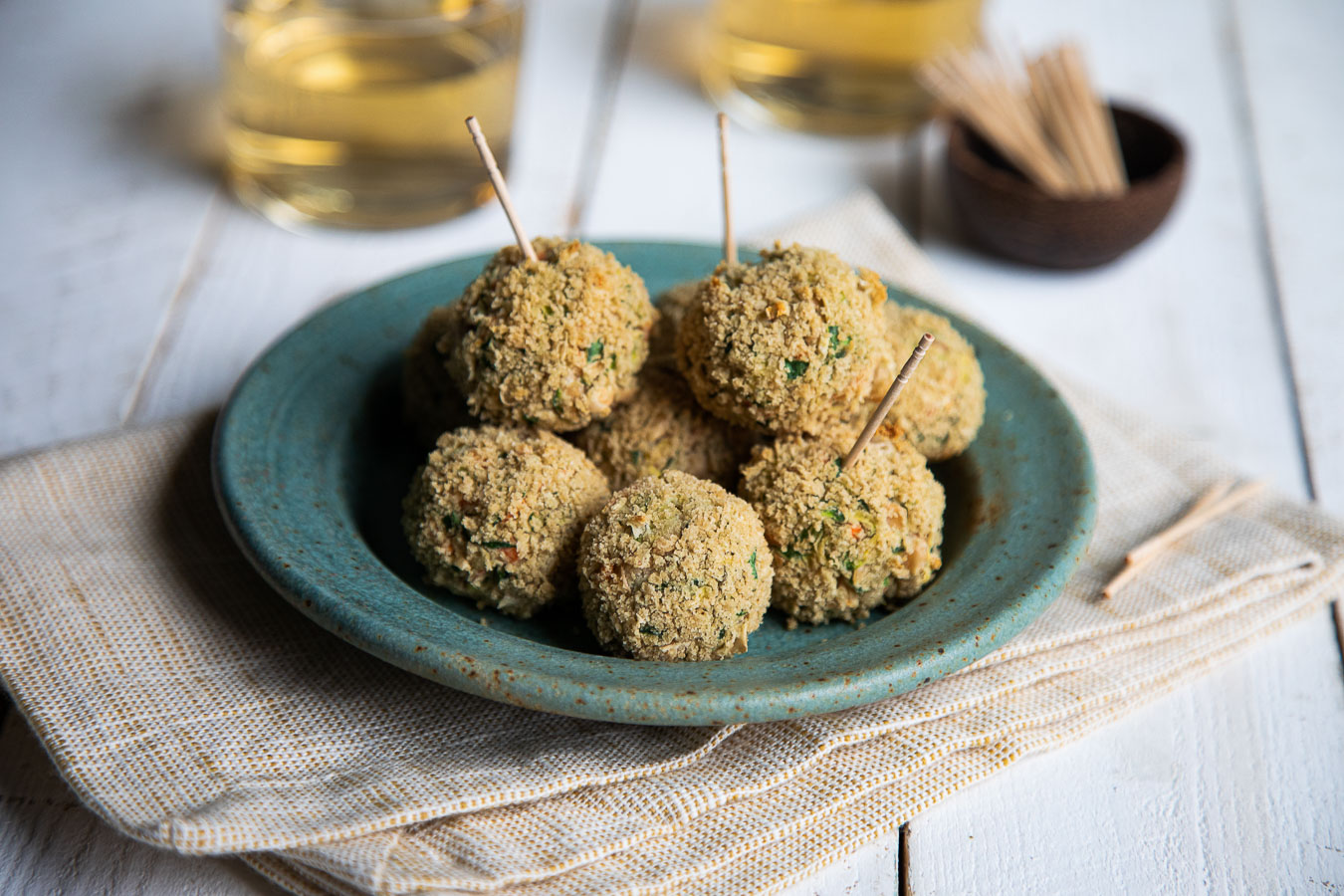 Ok, so I didn’t set out for these veggie party appetizers to be vegan. I figured at least one egg would be required for binding it all together so that it didn’t fall apart into a mess, but it didn’t!

And I jokingly smiled to myself that it would add a little (LITTLE) protein to the dish which is usually lacking in an appetizer spread. 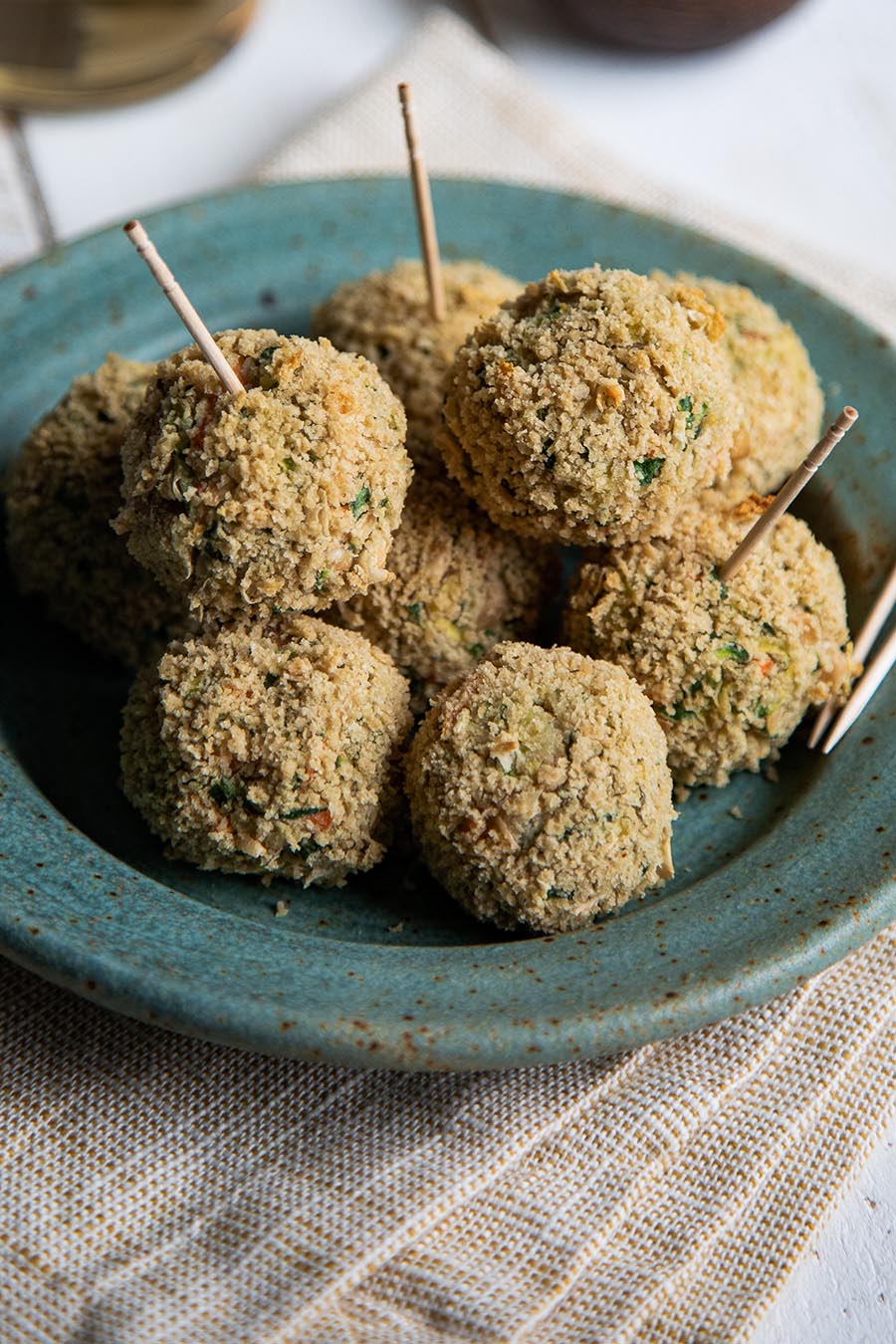 As it turns out, the mashed cannellini beans were enough of a binder. I think it’s probably important to note that it mainly worked because the veggie pieces are on the small side. If they were too big, they would easily fall apart.

You can serve these vegan appetizer balls with toothpicks for people to easily pick them up! I love these reusable stainless steel picks that work as cocktail garnishes and appetizer accoutrement!

I don’t have a dipping sauce featured as part of this vegan appetizer recipe because they’re delish just on their own.

If you wanted to make this a little bit bigger of a dish, however, a garlic or plain marinara sauce would be perfect! You could also do this vegan romesco sauce that would be so delicious! 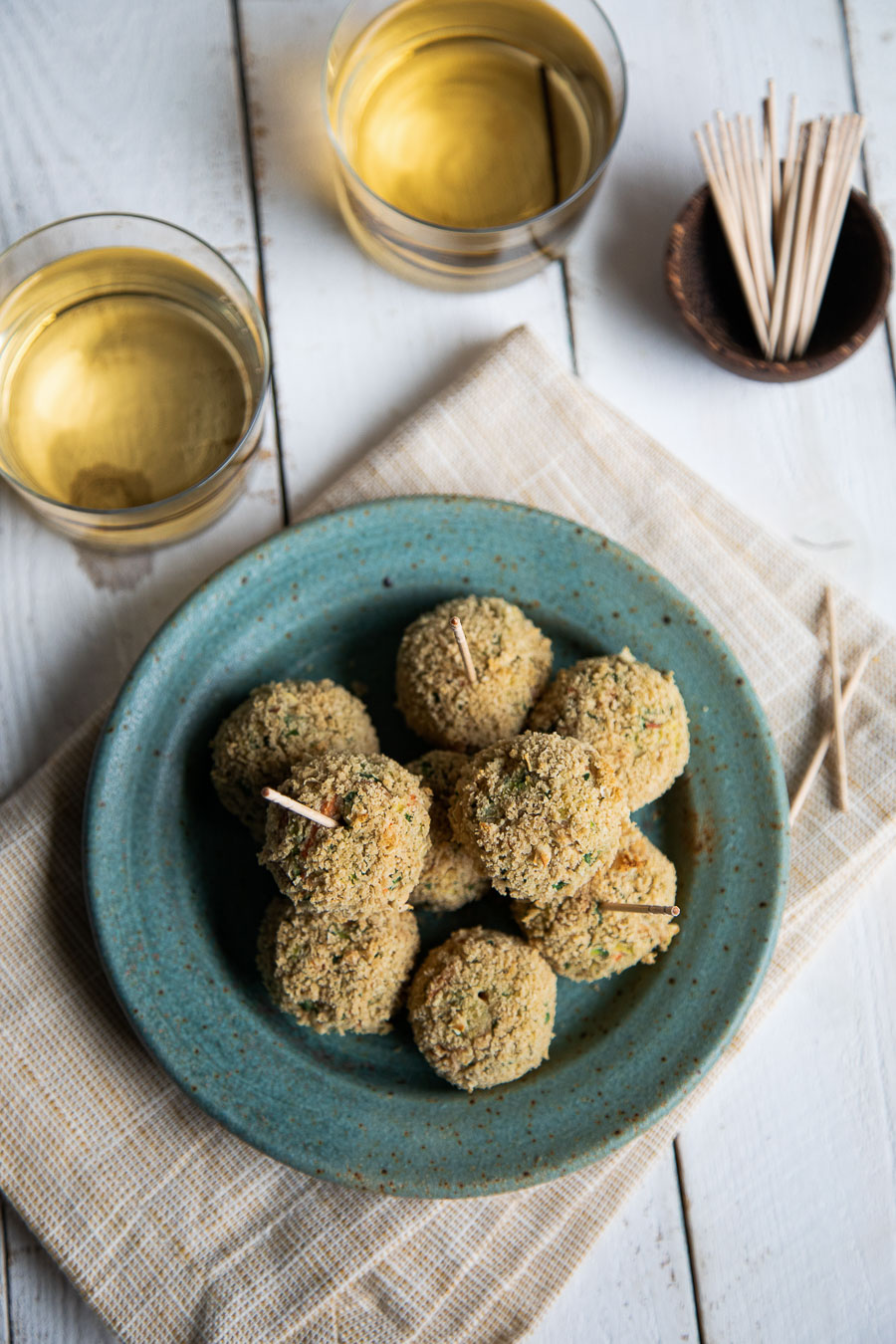 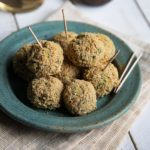 Party appetizers are usually decadent and delicious but heavy. I always like to bring a dish with veggies and/or something that's a bit lighter. I say that I bring these for myself if no one else, but I find that everybody is usually happy with the balance. These veggie-filled fritters are a sure hit at any party and no one will know they're vegan appetizers!
Prep Time15 mins
Cook Time20 mins
Course: Appetizer
Cuisine: American
Keyword: appetizers, entertaining, vegan, vegetables, vegetarian
Servings: 12
Calories: 14kcal 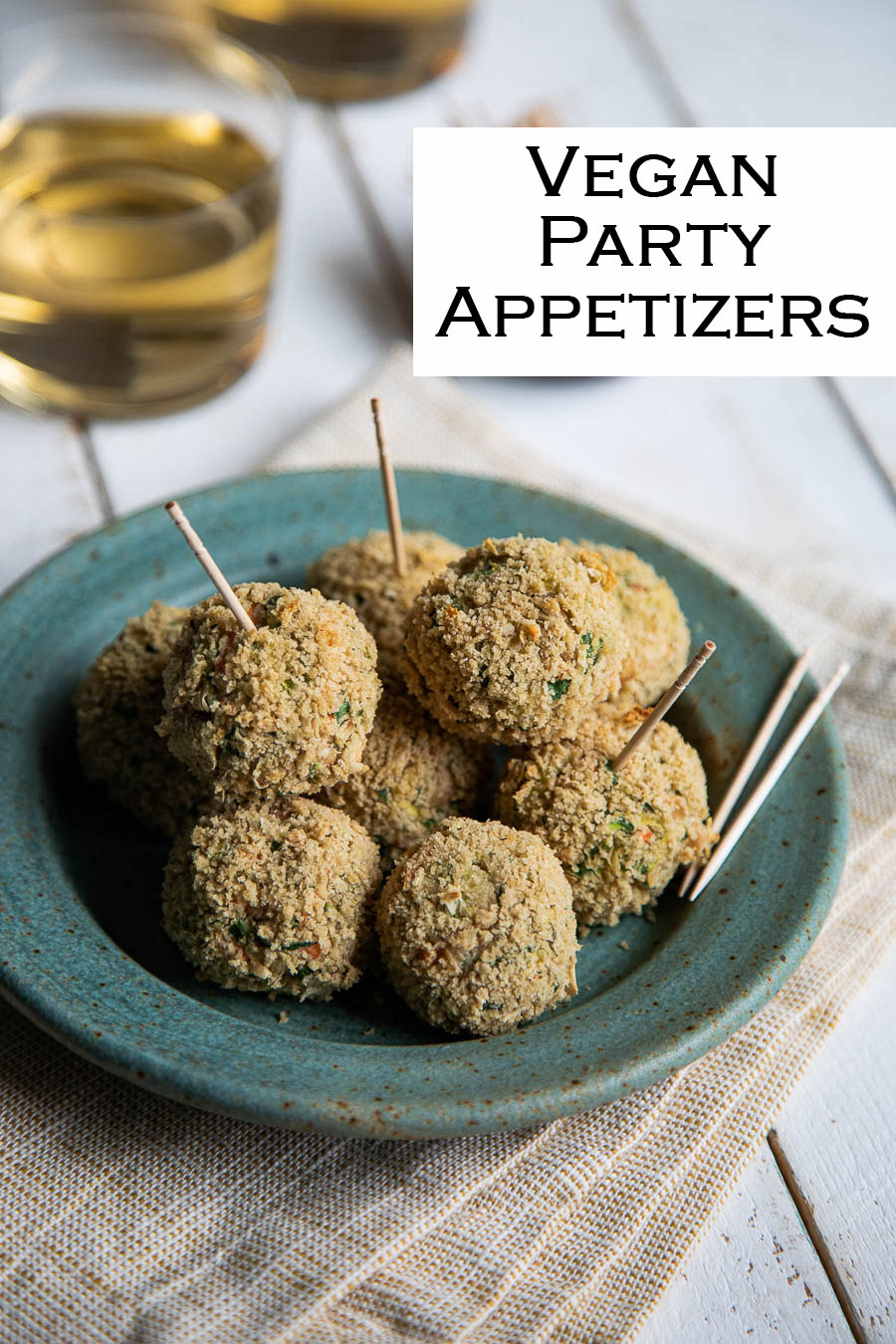 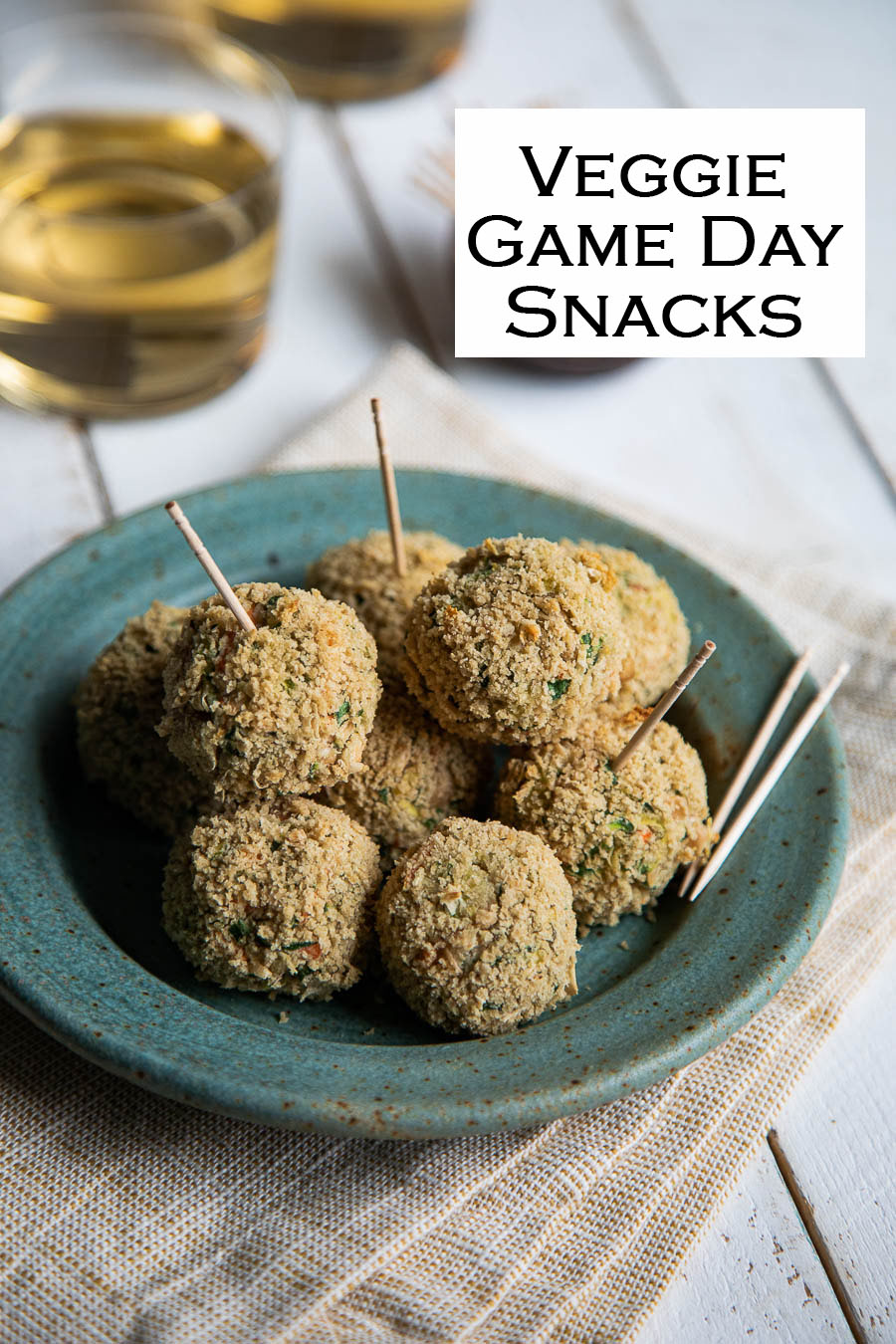 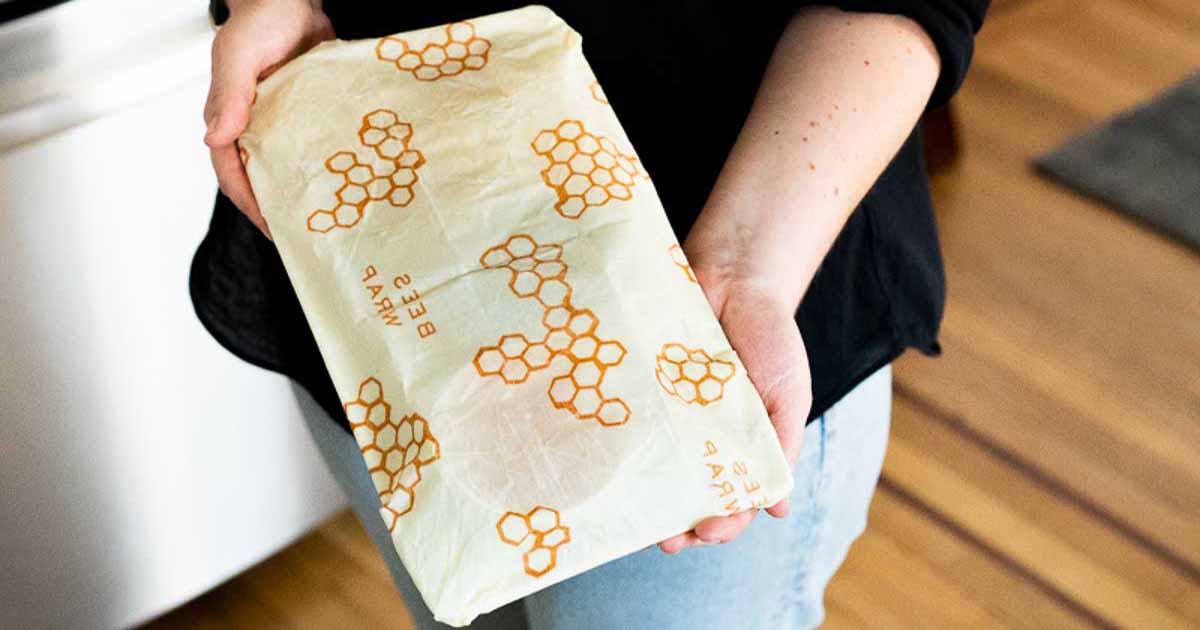 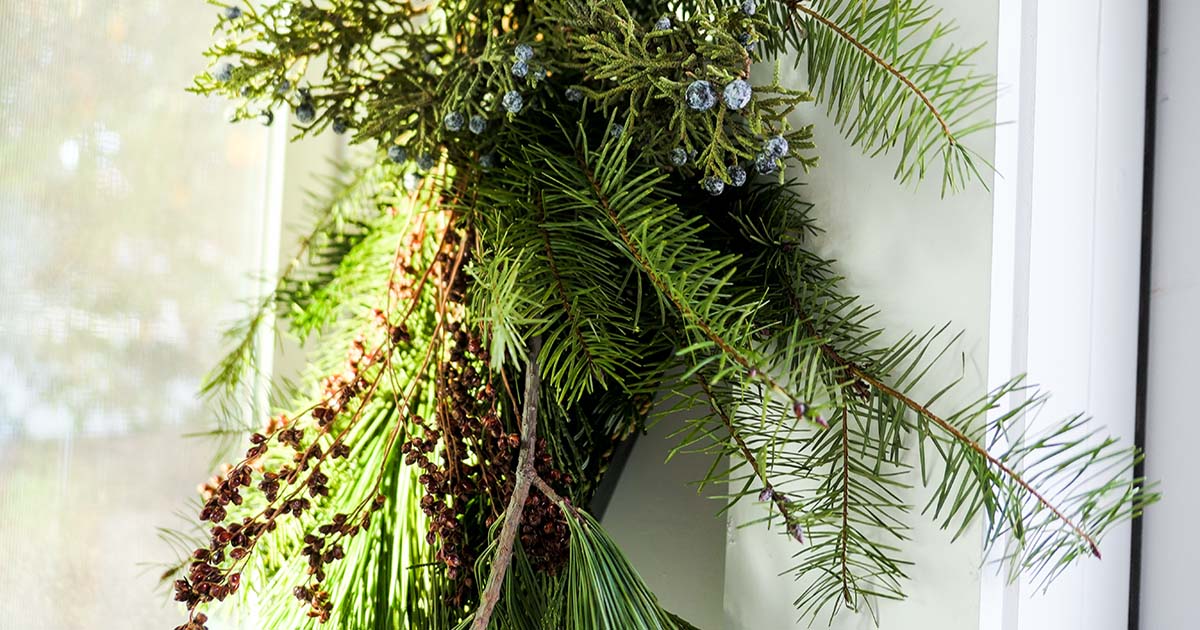 What’s in Season in Winter?

What to Wear in 30° Weather