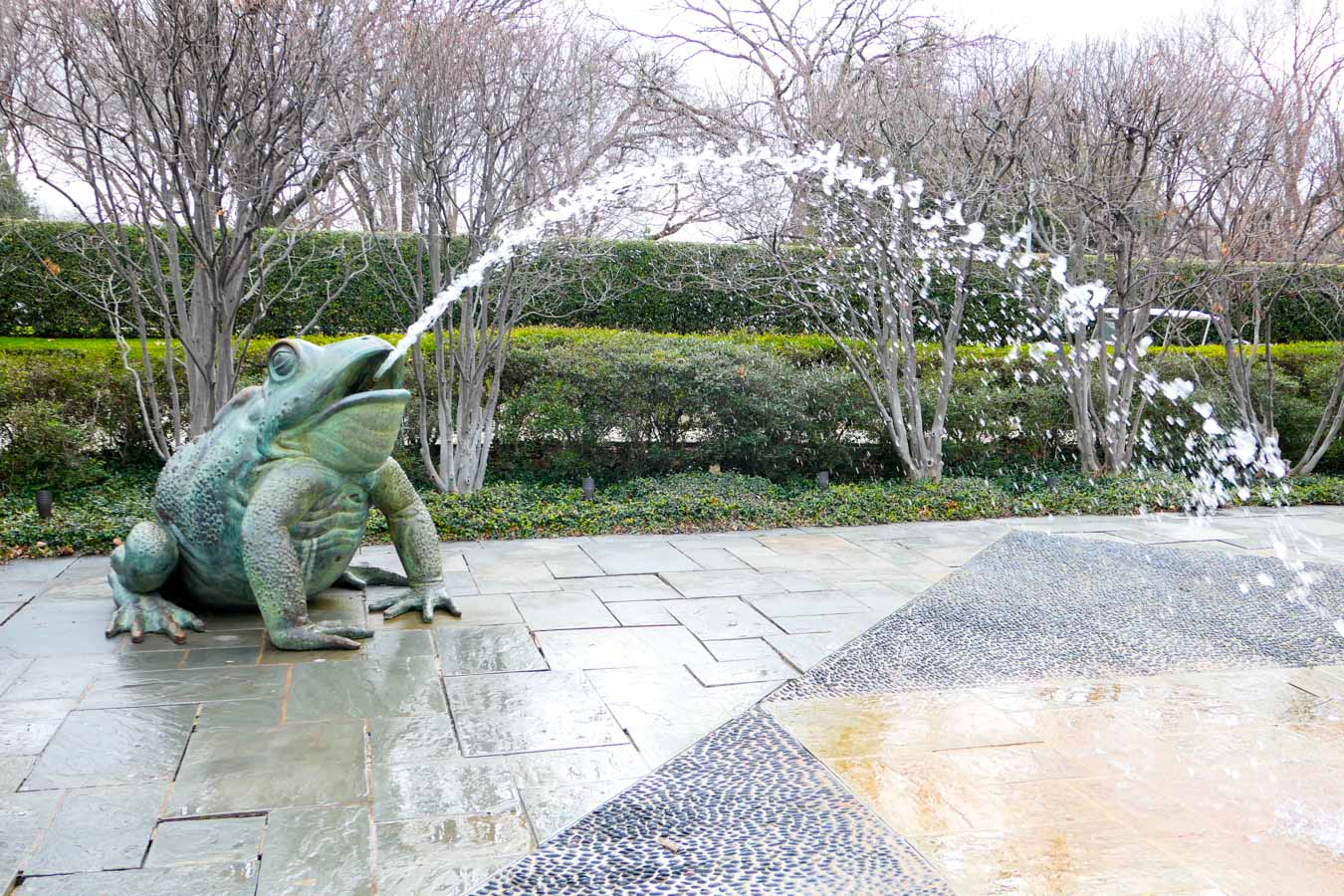 After our one day in Ft. Worth, we had a short day to see Dallas. With so little time, we had to pick exactly what we wanted to see. Our choices? The Dallas Botanical Gardens, the Bush Presidential Library (my mom wants to visit them all), and some quality time at Nordstrom (my mom’s and my doing after we dropped my husband off at the airport – don’t blame him). 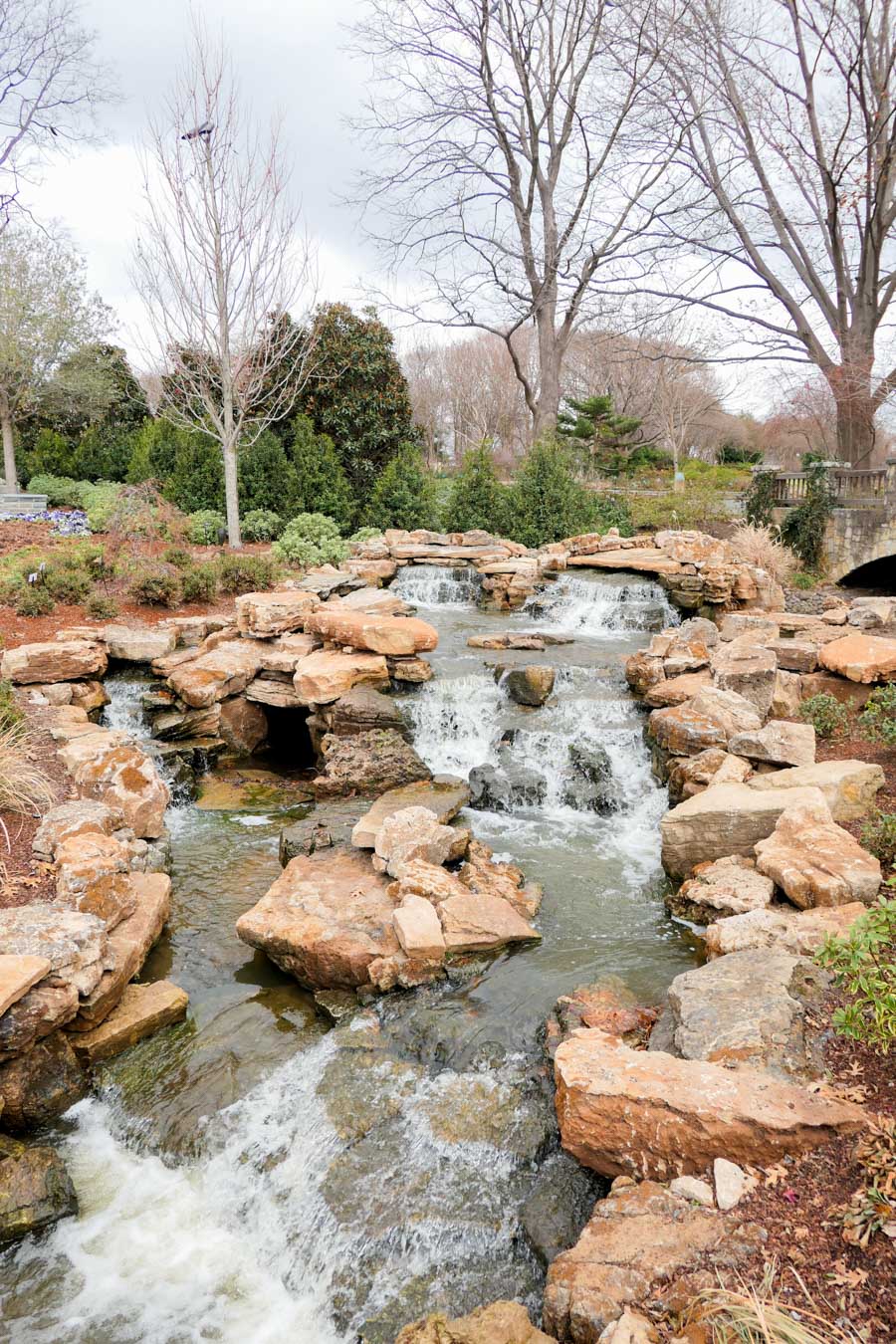 I never really considered myself a gardens person, but after such memorable trips to the Butchart Gardens in Victoria and then seeing Forest Park in St. Louis, I now consider them a highlight when the opportunity comes along. Looking through photos of the Dallas Arboretum and Botanical Gardens, therefore, I decided we had to check it out!!

{UPDATE: We’ve since been back to Dallas and visited The Sixth Floor Museum at Dealey Plaza – the building from which Lee Harvey Oswald shot at President John F. Kennedy. It’s a small museum but quite interesting and worth a visit. It’s across the street from the Holocaust Museum as well} 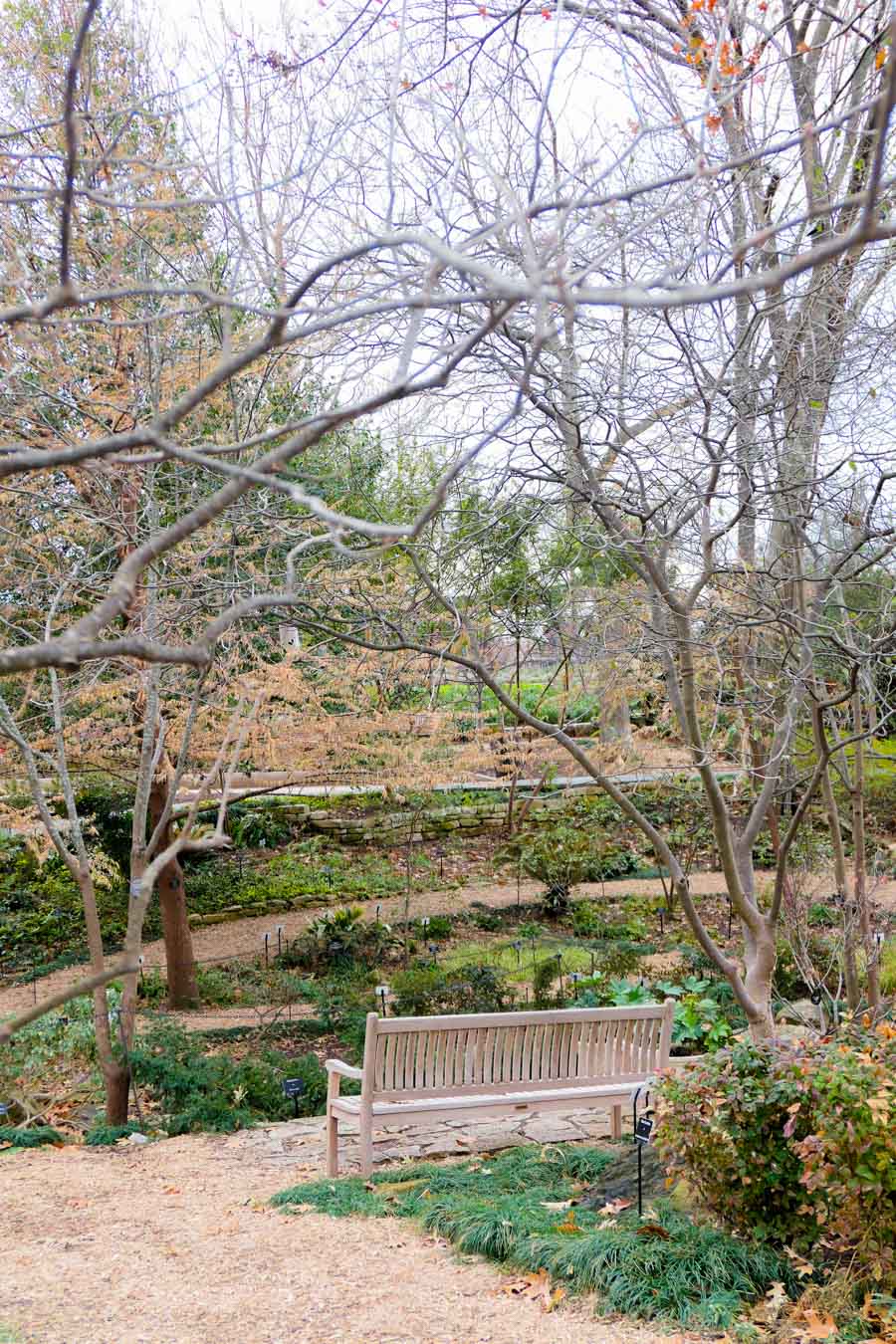 The property is about a ten-minute drive from downtown Dallas (with no traffic anyway). It sits along White Rock Lake and offers a wonderful place to wander around. The paths are well-maintained and take you through tall trees, sculptures, views of the lake, and a surprise around every turn.

I could imagine myself coming to walk through the gardens if I lived in the area. And there were so many benches placed everywhere, I was daydreaming of bringing a picnic to watch the sunset.

“A Woman’s Garden” (sponsored by local-store Neiman Marcus) was a beautiful set up and there were other visitors planning their wedding photos with all the wonderful scenery in the background! 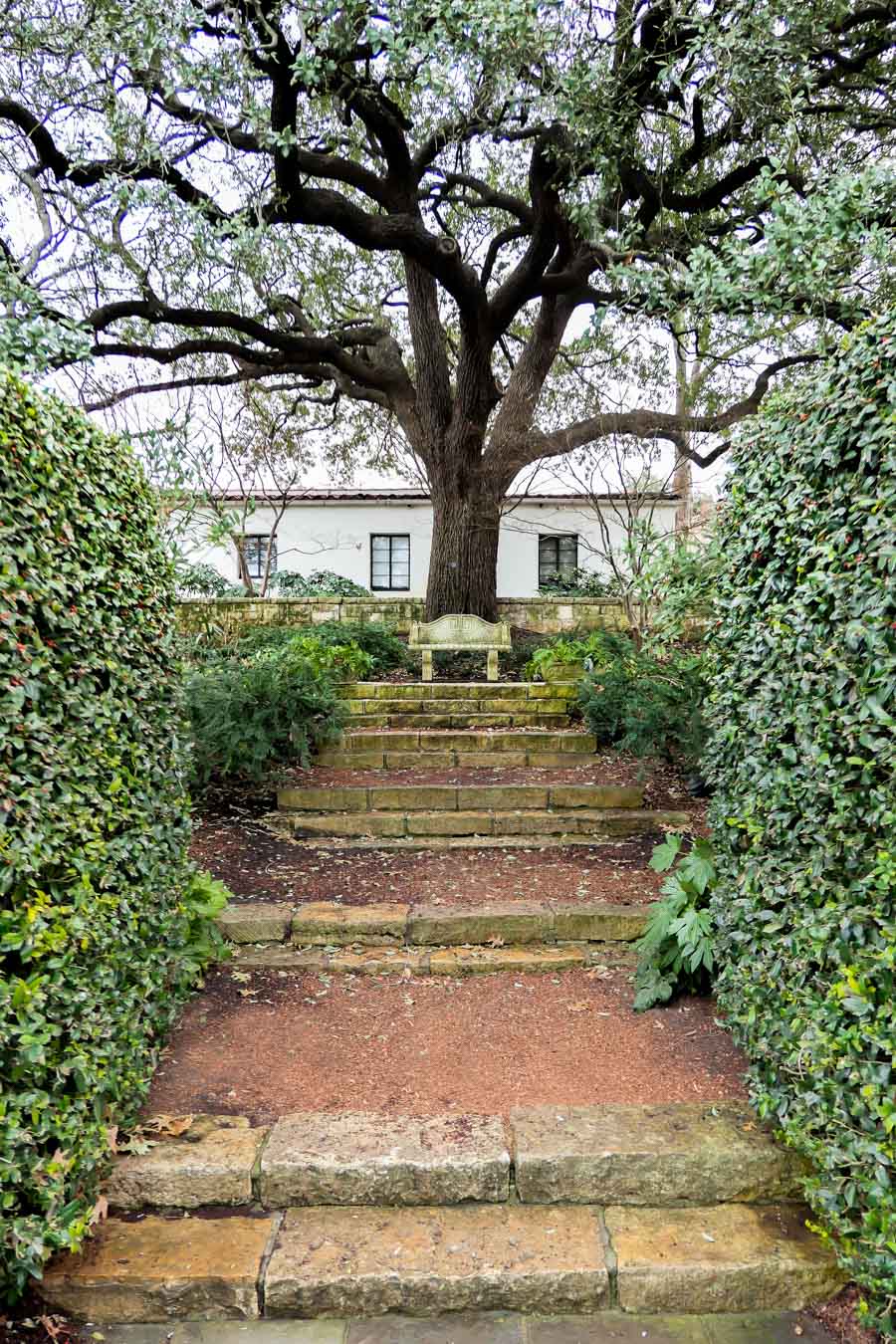 The arboretum is open 9-5 everyday and they have parking on site. It’s $15 per adult which isn’t bad, but they charge an additional $15 for parking which I thought was crazy. It’s obviously the principal of the matter since I would have easily paid $20 per ticket and nothing for parking, but it deserves warning you before you second guess your visit at the ticket booth (like I certainly did).

Luckily, January-February isn’t their busy season, so it was just $5 per person to get in (on top of the parking). We happily took that discount. 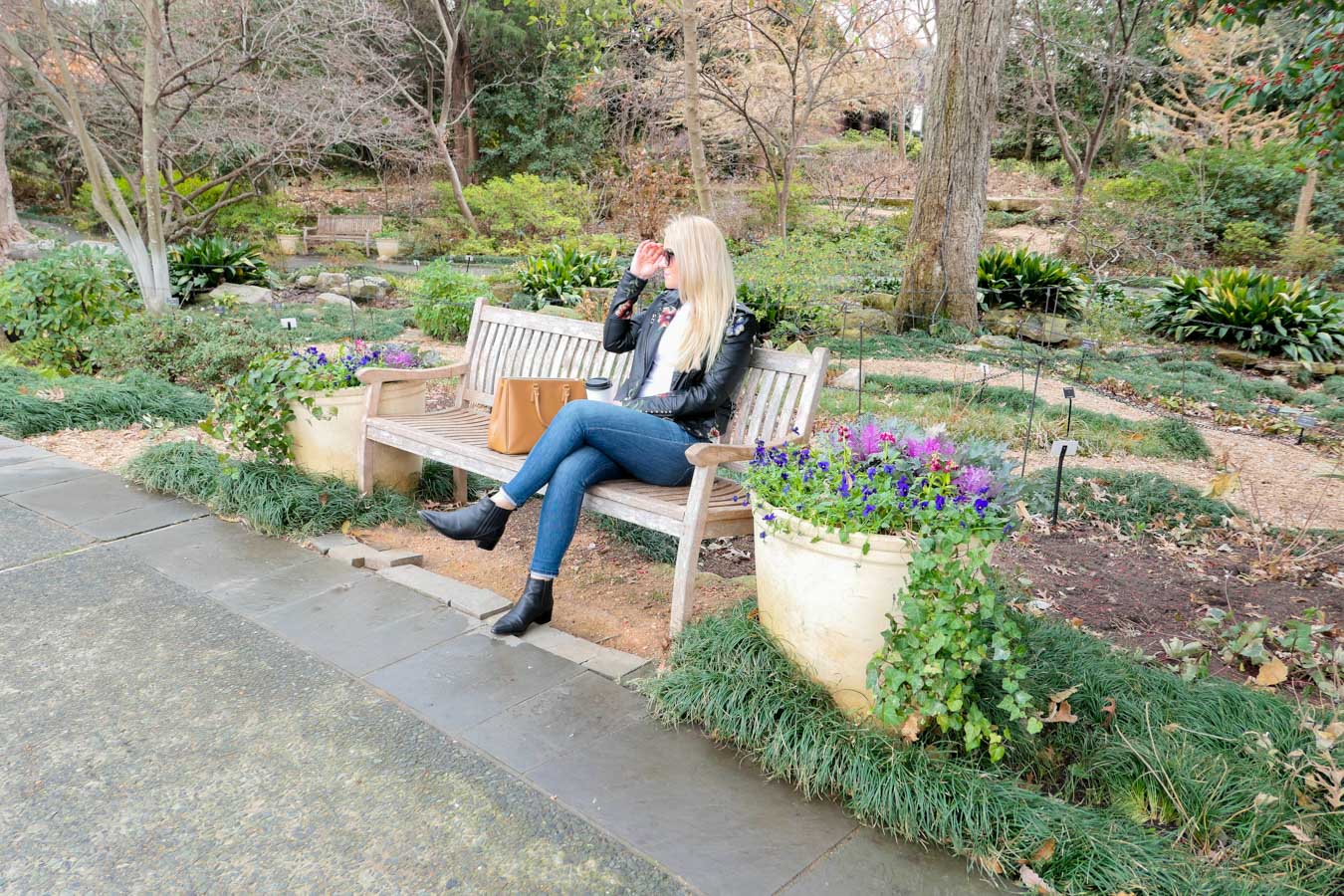 There is a cafe on site that sells coffee and a fairly extensive selection of food. With all the benches and grass areas, however, bringing your own snacks and beverages would be my choice!

Also, it was overcast when we visited, but much of the garden is out in the open, so if it’s hot and humid (which it can easily be in Dallas), make sure to bring hats, sunscreen, and water! 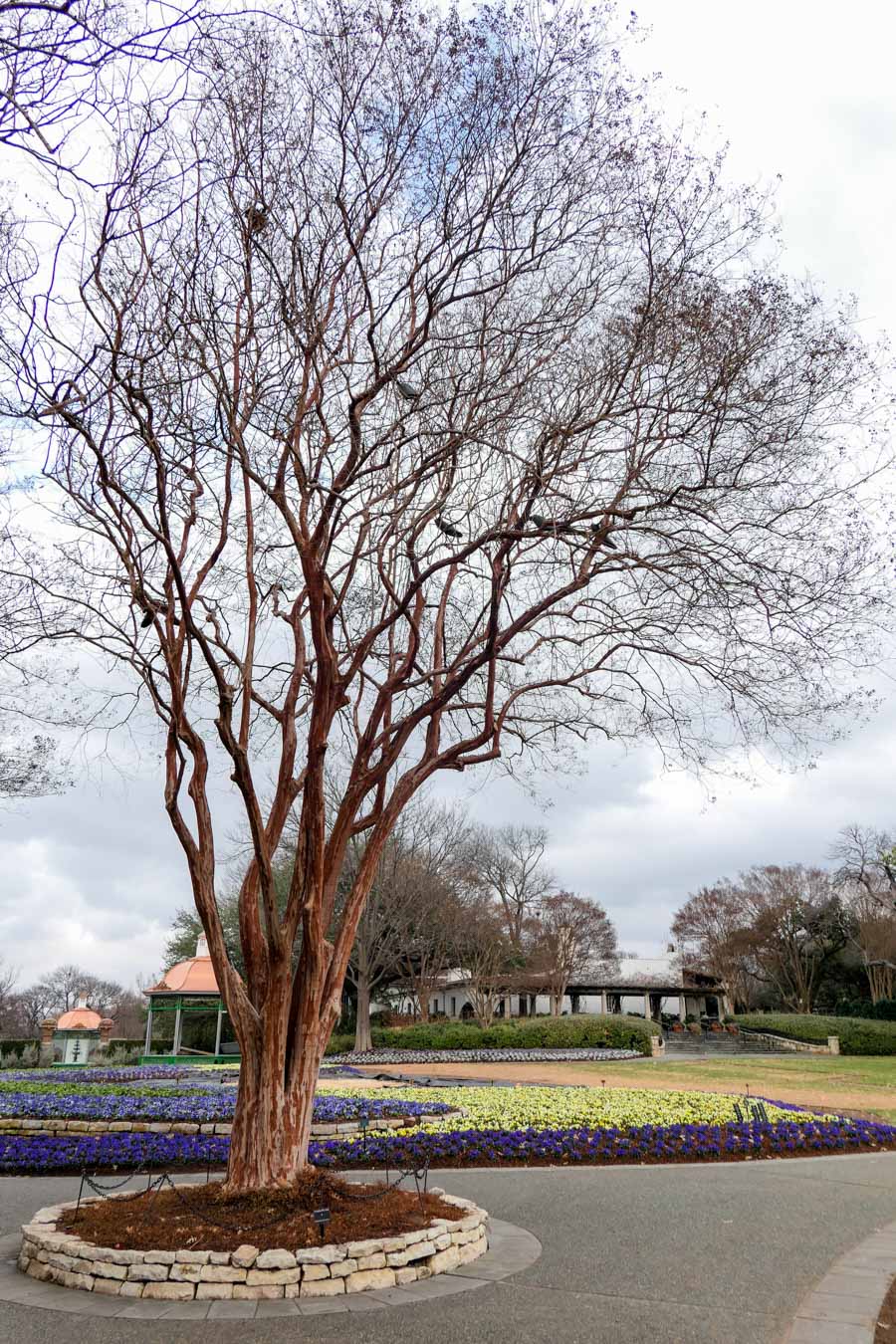 The Best Lunch in Dallas

After receiving multiple recommendations for Pecan Lodge, we had to add it to our must eat list in Dallas. It’s a BBQ place that opens at 11am every day except Monday.

They’re open only until 3pm* Sundays and Tuesday-Thursday. They’re open until 10pm* Friday and Saturday. What’s with the * by the times you ask? The times are flexible based on when they sell out. I imagine there’s an occasional day when that means later than closing time, but I’m willing to bet my cowgirl boots (that I bought in Italy – so I don’t know if that counts), they close much earlier than that frequently! 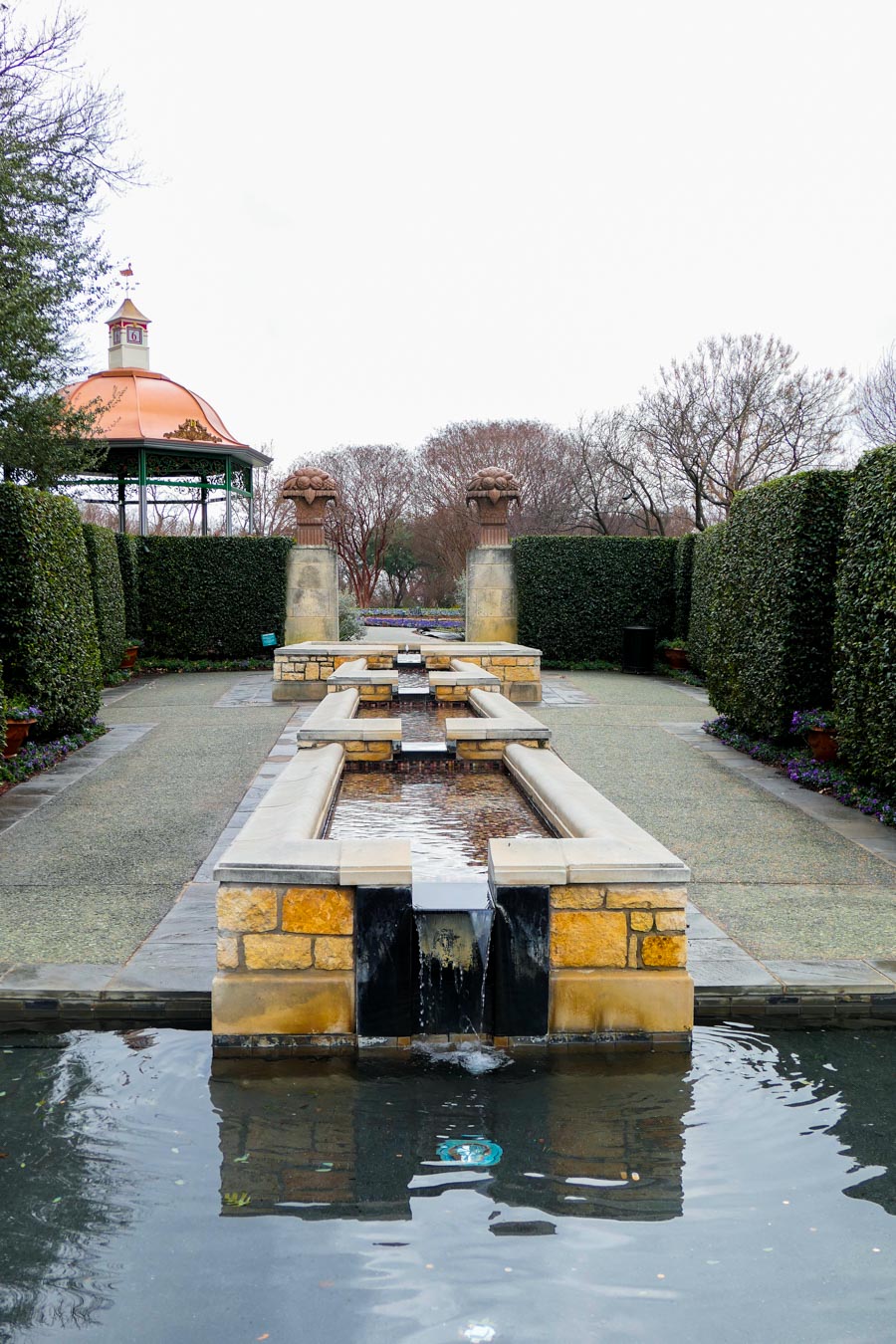 Their BBQ is a local and tourist favorite and rightly so. My mom and I shared the brisket sandwich and collard greens. Considering I’m not a Southern girl or a big BBQ person, trust me when I say that they were AMAZING!!!

Also, they don’t take reservations, so you just get in line when you arrive. Luckily waiting in the line is all the waiting you ever have to do. Moments after you order, you can pick up you meal. It’s all been cooked (real slowly) after all, so they just have to plate it up!! 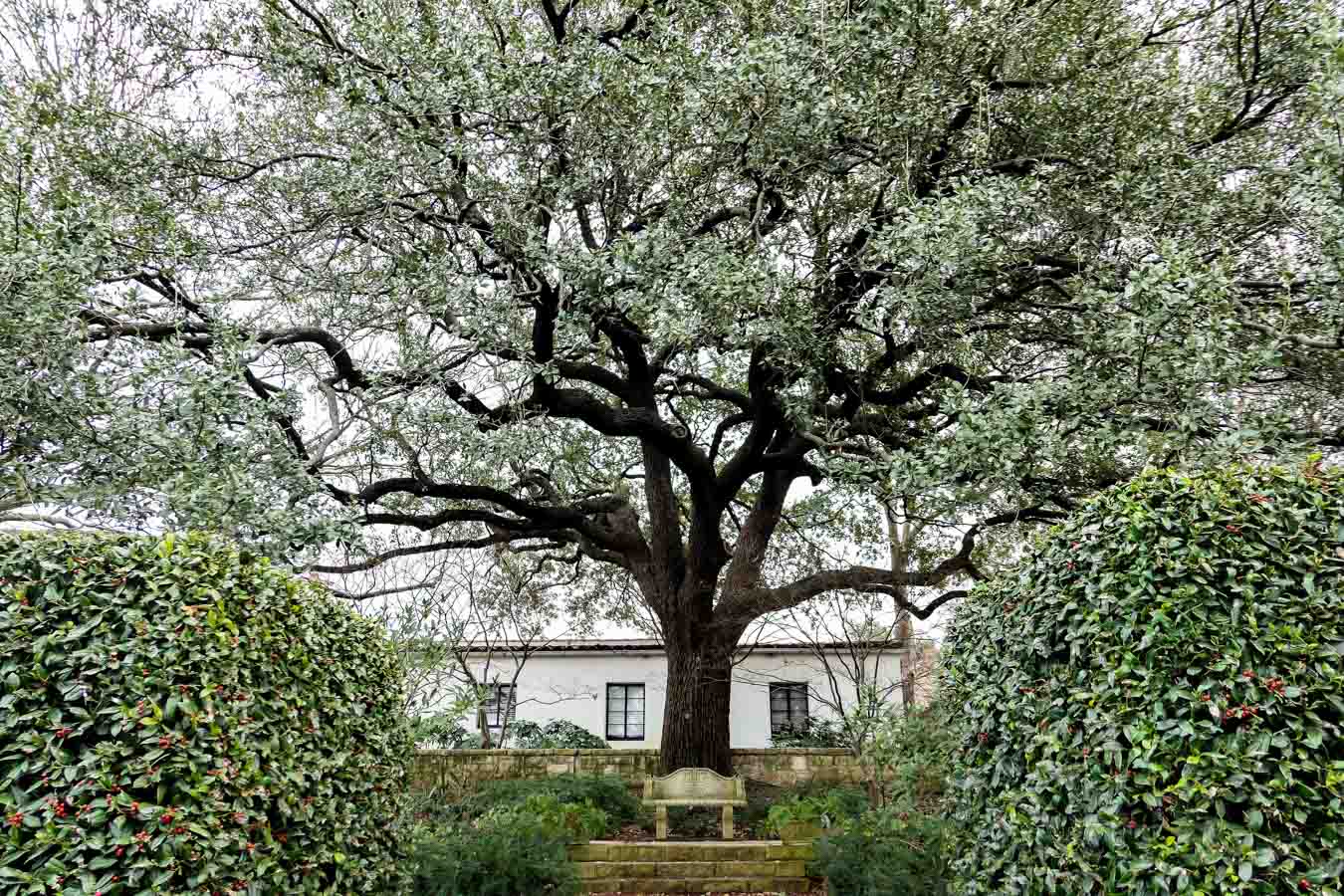 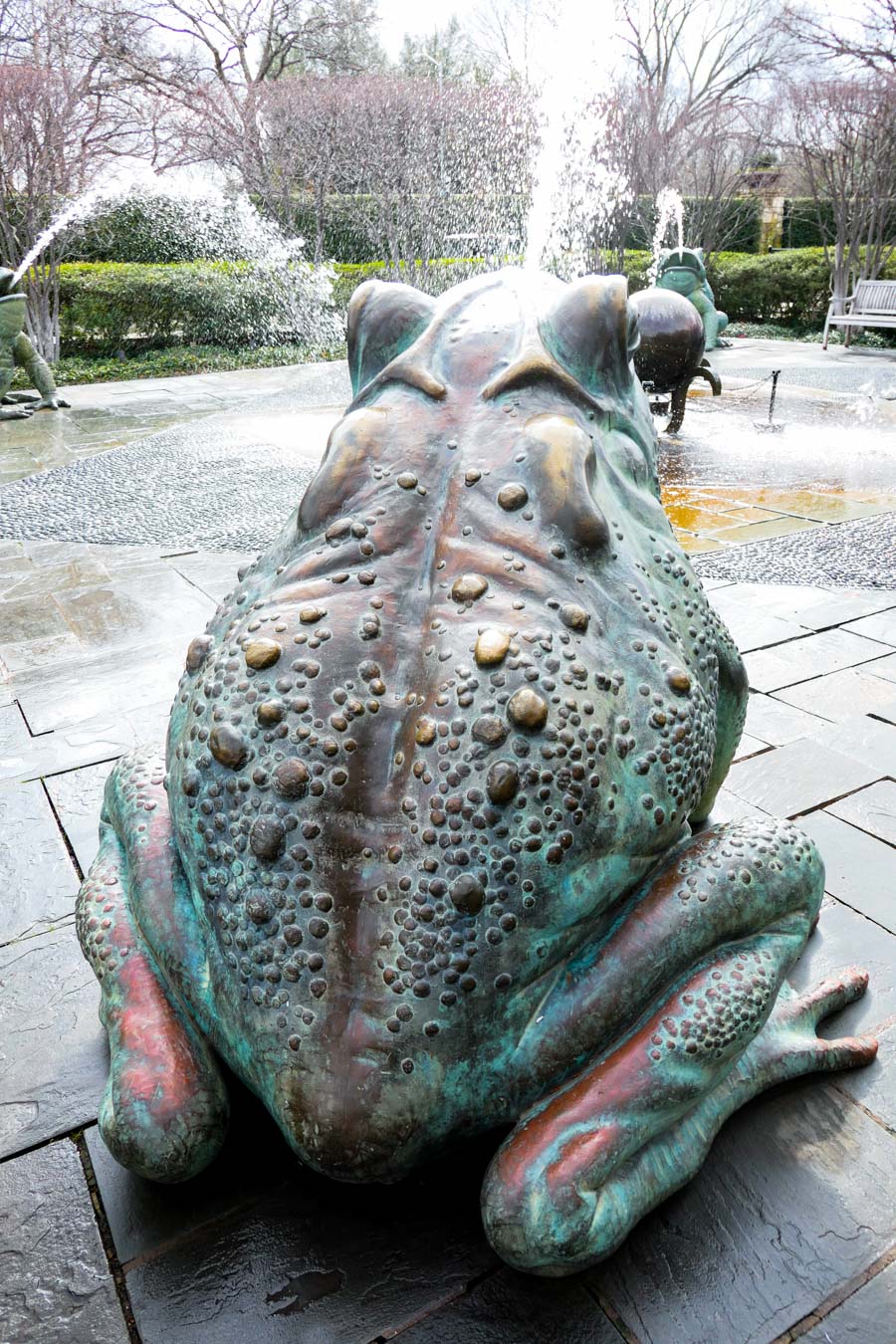 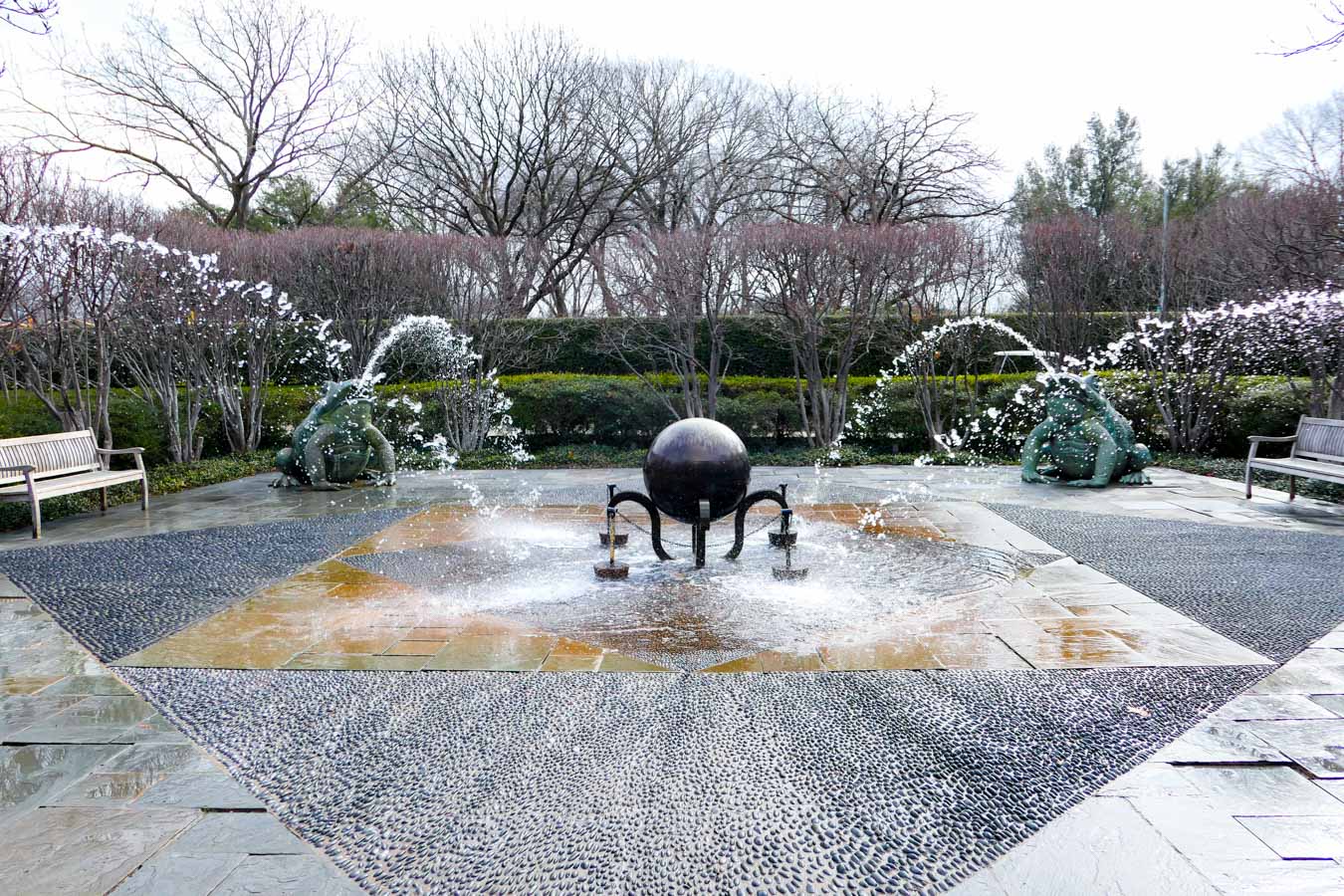 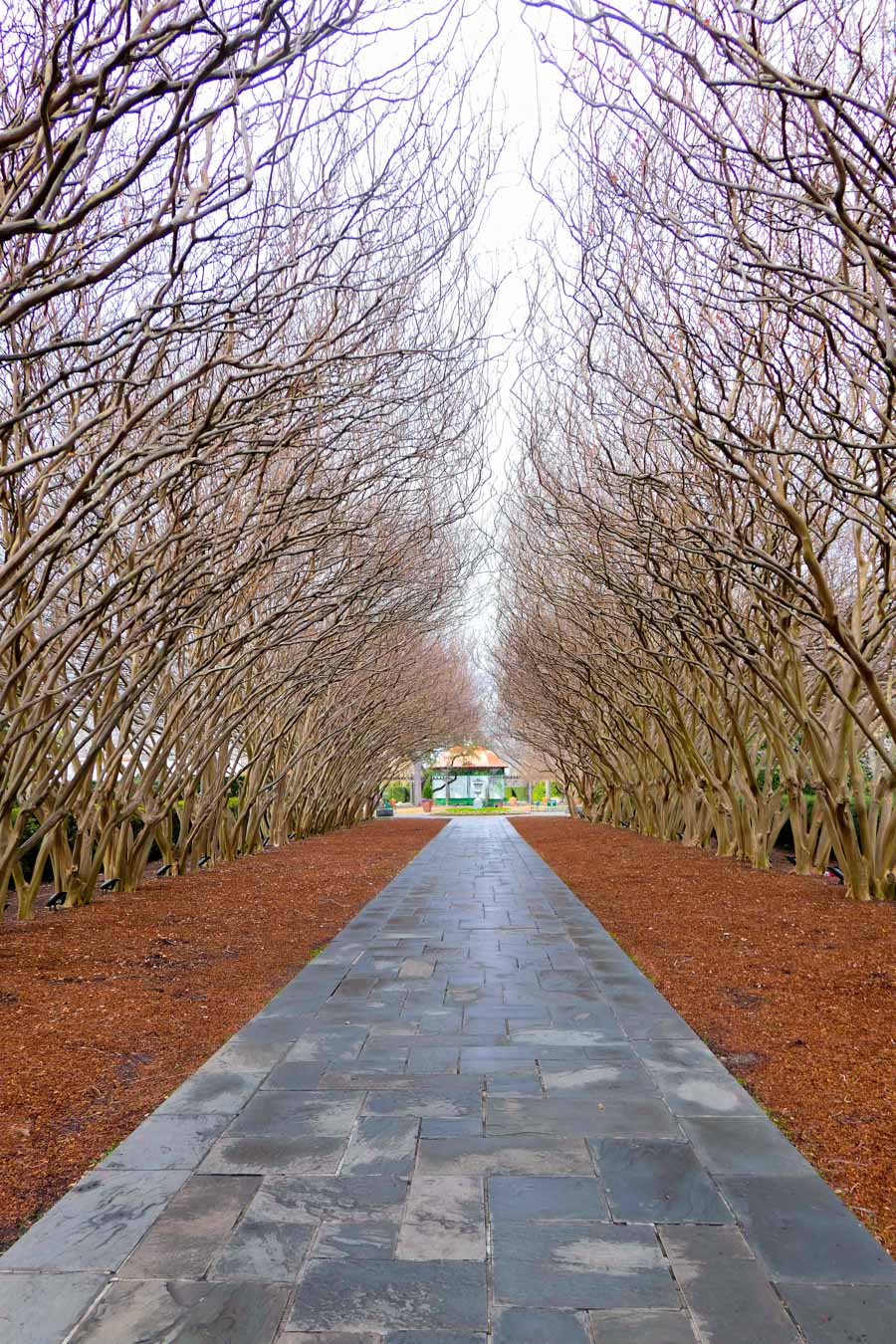 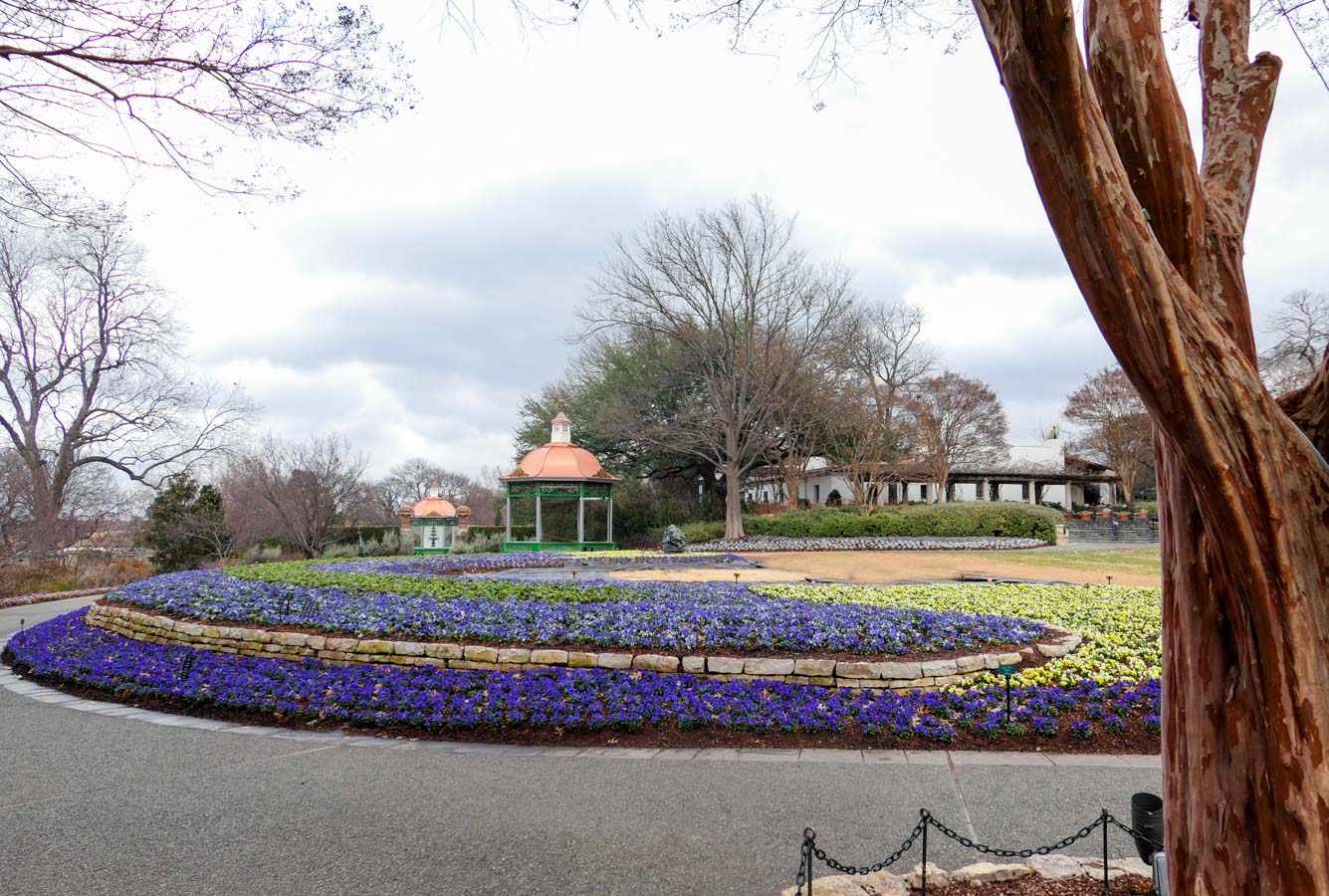