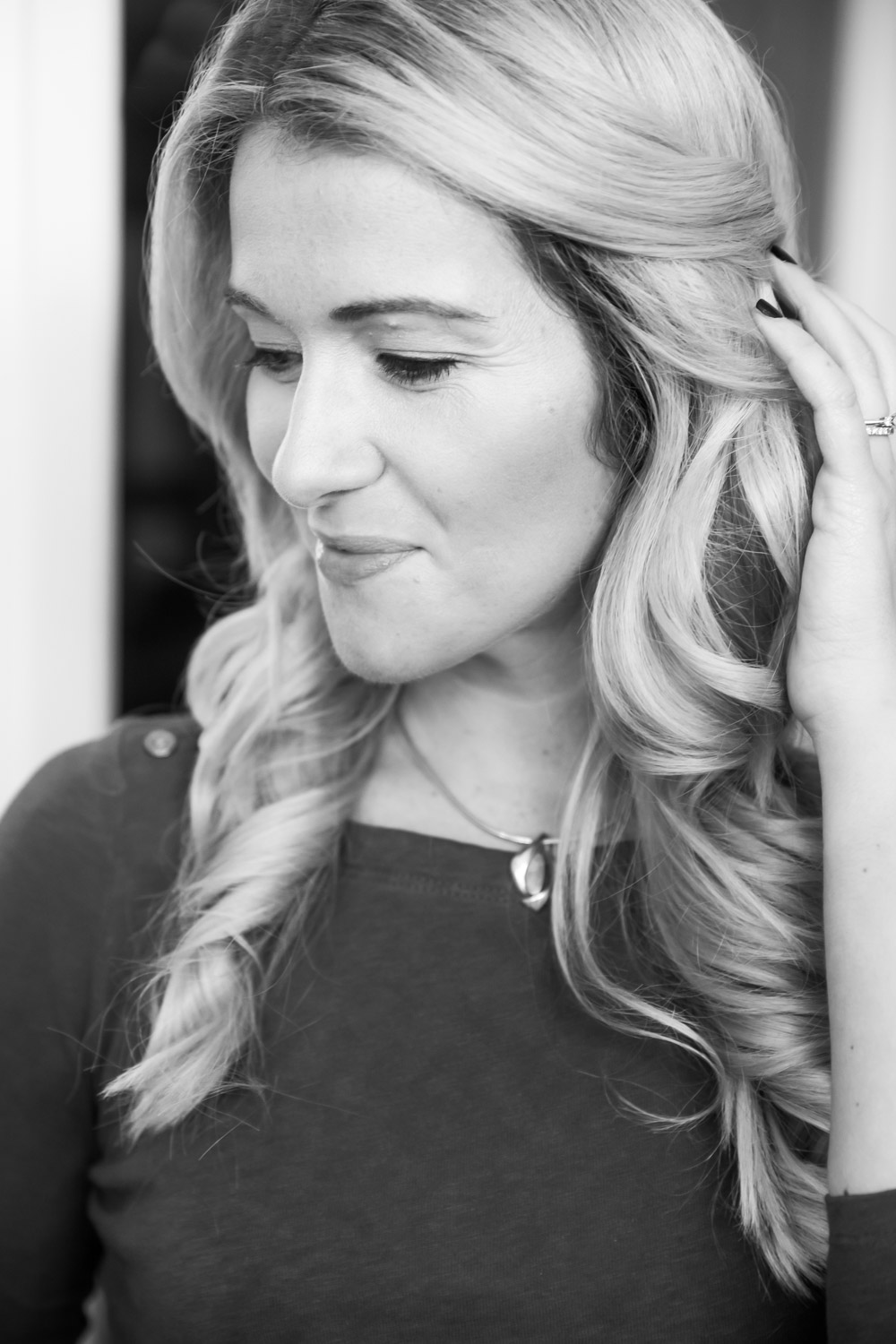 Who knew I’d be talking about having a chemical peel and what to expect when you get them, but here we are…

When I started seeing an esthetician in January, I had no idea it was going to be so involved, nor did I know how fascinating it would all be. Every time I try a new product or have a different service done, my world opens up a little more. I have more questions and I get more answers.

If you didn’t read my post (or forgot everything) on my story with adult acne, then you may want to start there. And then check out what the cause of my acne was!

I’d like to think that even if I didn’t struggle with adult acne, I would do many of these things for my skin, but especially because I suffer from it, I’m becoming a little obsessed with it all.

The process of clearing scars and acne isn’t an overnight story. It’s really a piecemeal of steps done together and in sequence.

While I’m ready to wake up with clear skin tomorrow, that just isn’t going to happen. I’ll be sharing some of my favorite products and a few hydrating/pampering routines in the coming months, but today’s post is all about my first chemical peel because it wasn’t nearly as bad as I expected, but it also wasn’t really what I expected at all. 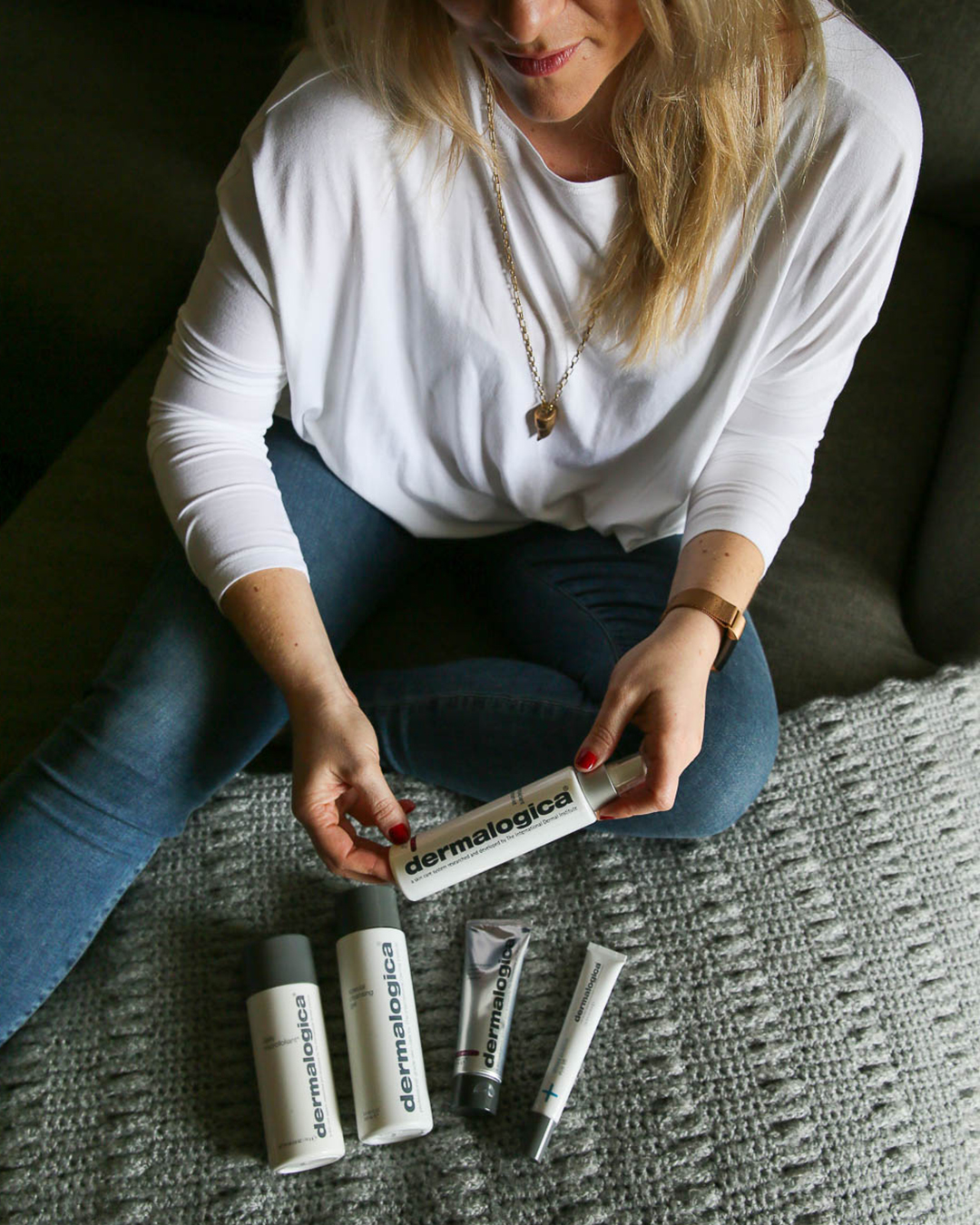 chemical peel before and after

During my second facial at the Dermalogica flagship store in Santa Monica, I was talking to my esthetician, Sarah, about getting rid of my acne scars. The two biggest offenders are on my left cheek. They were breakouts I had when I was 20 that continued to cause me problems until about a year or two ago.

Luckily, I think the bacteria is gone, but the scarring is not. It’s slowly going away, but it’s a slow (SLOW!) process. Sarah told me that we could start doing face peels at anytime, but I had a lot of questions.

I imagined my skin being irritated and bright red for a week after and it hurting terribly. I also assumed the peels would be unattainably expensive. My fears were completely unfounded and that’s why I wanted to share all of this…

Do you have to do anything special before a chemical peel?

I wondered if there was anything special I needed to do beforehand and the answer was no. The only thing we did was to do a mini test on the back of my neck on my previous appointment to see if I would have a negative reaction to the peel.

This isn’t standard, but I was so worried about my sensitive skin, she thought it was a good idea. I had no issues whatsoever, so we booked the appointments.

Will you breakout after a peel?

You will likely breakout within a day or two of your first peel. Sarah warned me that I would probably break out a little. It wasn’t my skin reacting negatively to the peel. In fact, it was dormant issues that now had a chance to expose themselves because the layers of skin above them were now out of the way. I didn’t have excruciating breakouts or anything, but I was aware of it.

Does a chemical peel dry your skin?

Your skin will start to feel tight and dry within hours after the peel (you’ll want to drink tons of water), but your skin probably won’t start to dry out for a few days.

So after you’ve broken out, your skin will start to dry out. This was actually the most irritating part of the experience for me, but not nearly as serious as I expected. The flakiness is actually dead skin coming off (the whole point of the peel).

I found that my skin wasn’t crazy peeling, but my makeup had a hard time staying in place beyond lunch time these few days. It’s best to wear little to no makeup on these dry days and just let your skin do its thing. 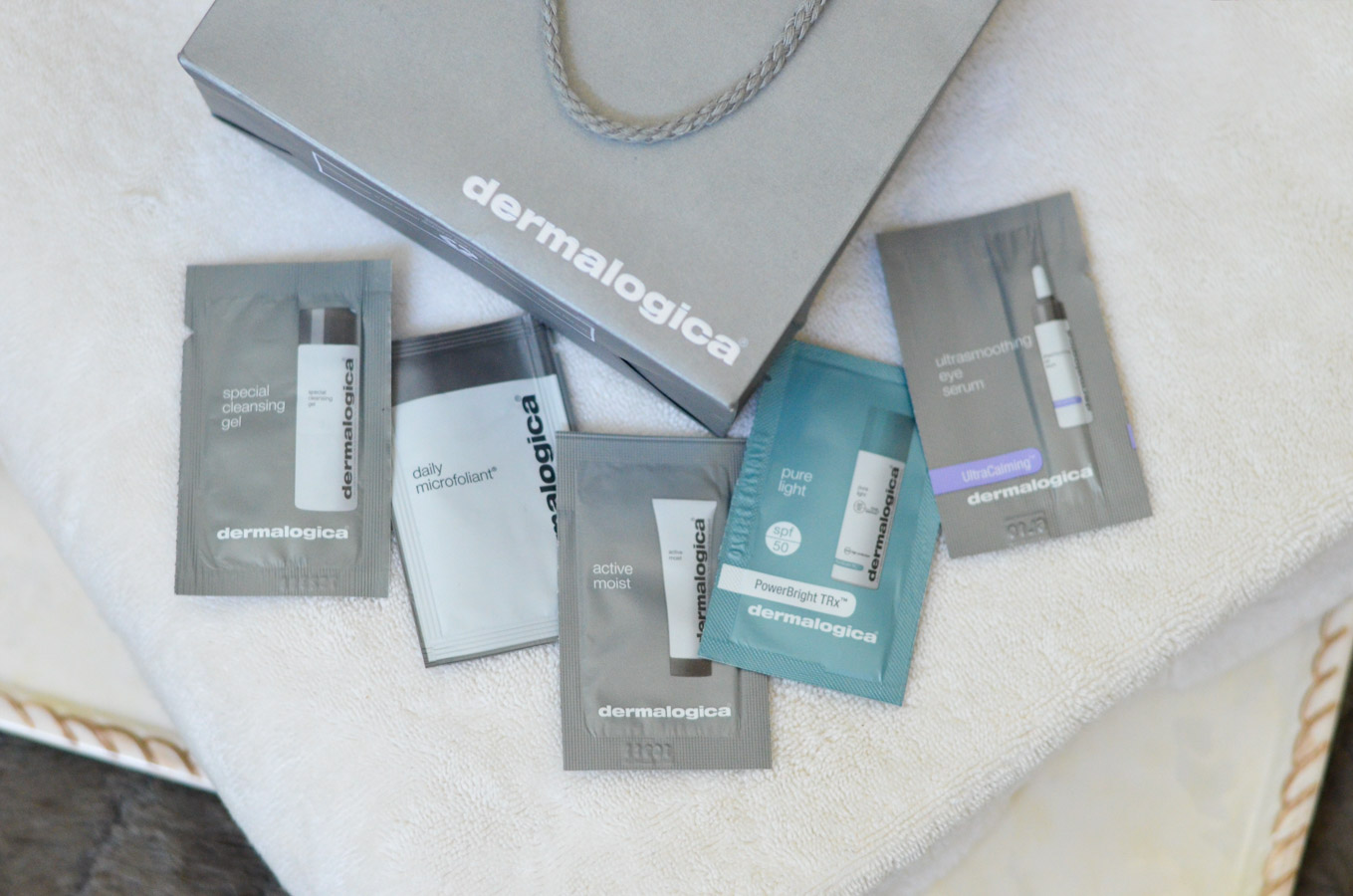 How long will your skin react to the peel?

So, after the two-ish days of minor breakouts, and a few days of dryness, my skin calmed way down.

I still felt like my skin was breaking out a little for 3-4 days, but all minor (mostly small bumps) except for one big guy on the underside of my jawline – a new issue that developed for me within the last few months – quickly went away. At the same time, I could see the scarring on my cheek starting to shrink.

When I walked into my second peel two weeks later, Sarah thought my skin was looking better. I told her my mixed feelings and she pointed out that the later breakouts were all in places that I’d historically had problems. It was still the dormant bacteria coming up!

Proper Skin Care after a Peel

After a peel, you will start to peel, revealing newer skin to the world. Because your skin will be sensitive, you should use only gentle cleansers and moisturizers for at least three days. Be sure to use a great topical sunscreen during this time.

After days 3 or 4, you can use a mild exfoliant to remove any remaining skin and you can return to your normal skin care routine.

Can You Wear Makeup After a peel?

You can absolutely wear makeup after a peel, but… Sarah recommended waiting at least an hour after the treatment before applying makeup, but otherwise you are good to go.

I’ll remind you again, however, that even makeup application doesn’t happen with dry skin, so don’t expect it to last all day like normal.

I find that it’s usually about a week after a peel before I can go a whole day without seeing dry skin, so I’d allow time if you have an event. And keep it simple for that first week if you don’t want to reapply moisturizer and makeup throughout the day. 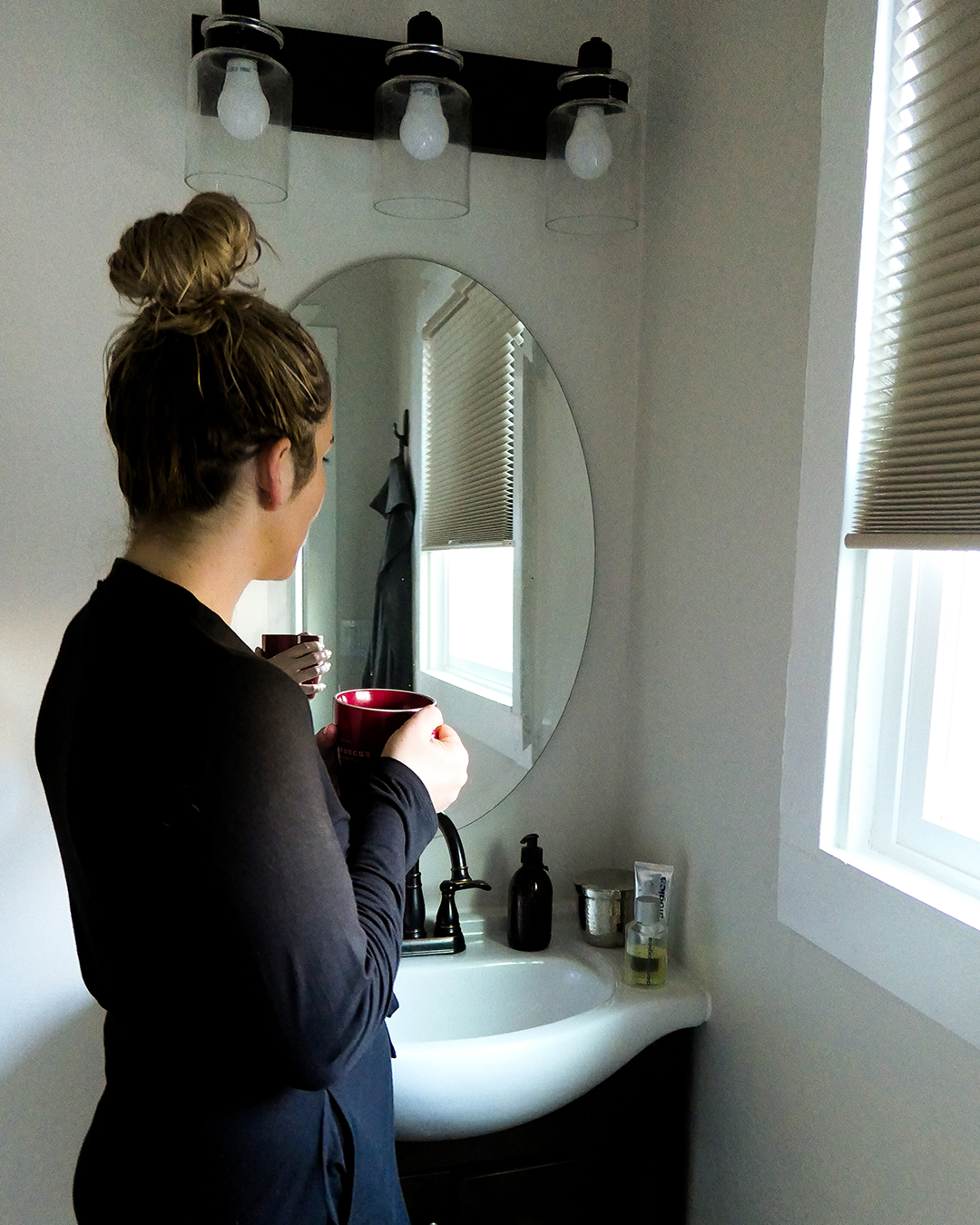 How Often Should You Get peels?

I just had my second peel last week and the experience was even easier! Dermalogica recommends a series of 3-5 peels within 2-3 weeks of one another. That sounds like a lot, and it kind of is, but each peel clears off a few layers of skin. Each appointment reveals new skin and pores to clean out.

If you can follow up the positive results of one peel with another, you can go even deeper and deeper each time. Then you’ll really get rid of scars and bacteria with each appointment!

I did have some breaking out and some dryness after my second peel. It was a little bit less than the first chemical peel recovery, however.

I have learned in my bit of research that not every peel is the same. There are the ones done by dermatologists that are more intensive but also likely to be more expensive.

And then even among skin care treatment locations, things can vary. I’m sticking pretty wholeheartedly with Dermalogica since it’s convenient for me and I have a person that I know now (and who knows my skin).

Dermalogica peels can be done in 30-minute appointments, drastically cutting down on the expense per visit. You’re also given gentle face cleanser, moisturizers, and an exfoliant when you leave, so you aren’t aggravating your skin. 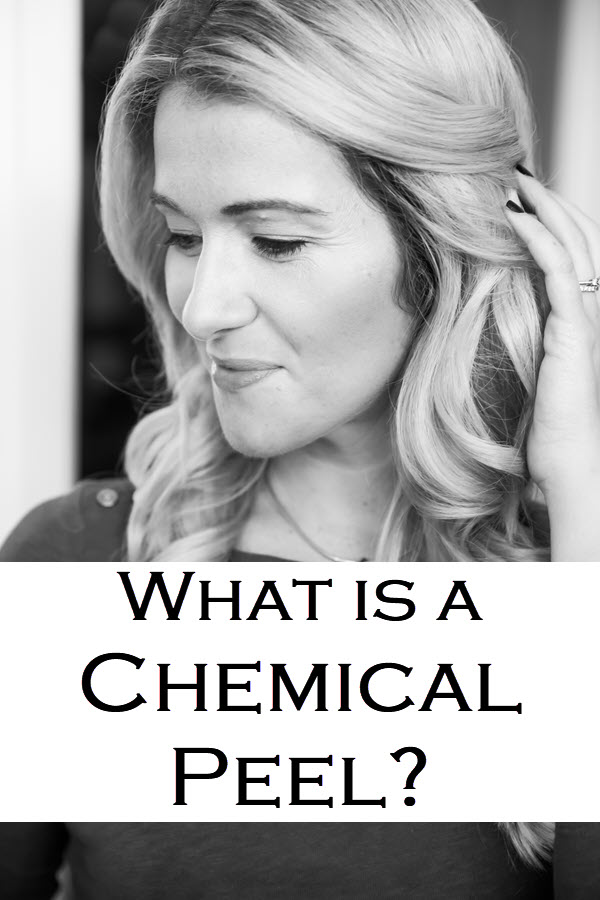 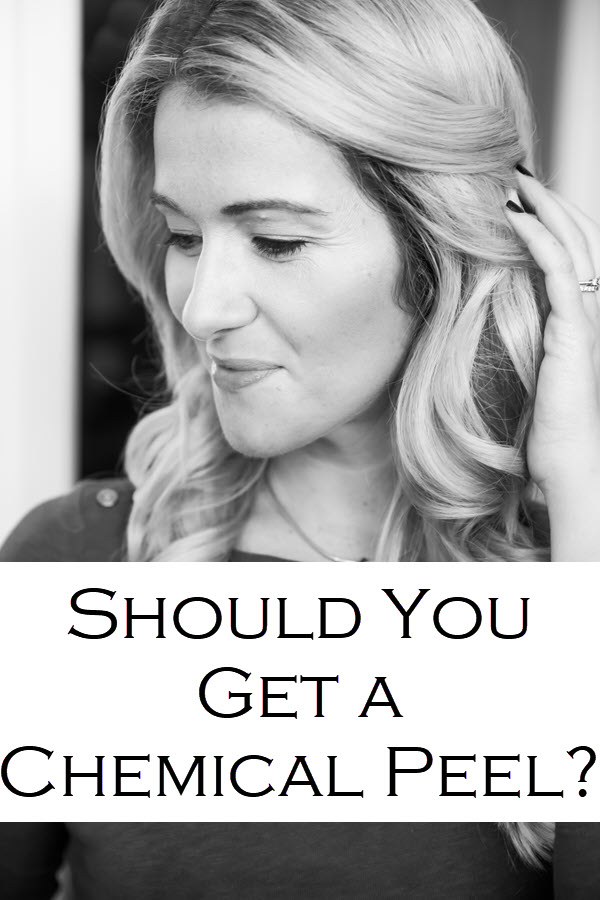 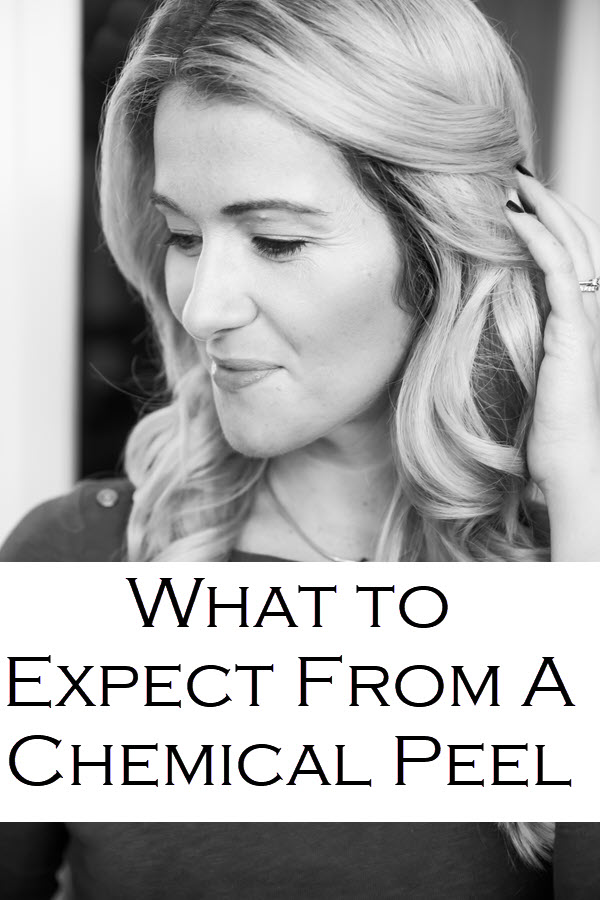